What Is Enaira? | How Does eNaira Work?, eNaira Price And Login 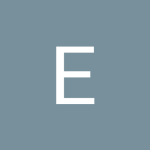 eNaira is a digital currency in Nigeria that is managed, issued, accepted and regulated by the Central Bank of Nigeria (CBN). The eNaira digital currency is similar to the Nigerian physical naira, and they both have the same value.

The digital currency, eNaira was launched on Monday, 25 October 2021 by the Federal Government of Nigeria. eNaira became the first digital currency to go live in Africa.

According to the Central Bank of Nigeria (CBN), you can use the digital wallet to send, spend and receive eNaira.

Also read: Will Dogecoin Go Up?

What is eNaira all about?

Unlike the Nigerian Naira, eNaira is not physical and can’t be touched. It is the digital form of Naira and they both have the same value.

Just like the Naira, eNaira can be used the same way as cash. You can use it to buy and sell.

What is eNaira wallet?

Without the eNaira wallet, you can’t perform any transaction.

How does eNaira Work?

How does eNaira Works? eNaira works in the same way with the physical Naira. Individual can be able to fund their eNaira wallet through their mobile banking app or directly from the bank.

Their is nothing like eNaira mining, because eNaira is officially a legal tender in Nigeria and not entirely a Cryptocurrency.

Is eNaira a cryptocurrency

There is a difference between Central Bank-backed digital currencies and a cryptocurrency. The difference is the way they are issued.

Central Bank-backed digital currencies are issued and regulated by the Central Bank, while cryptocurrencis are backed by corporations.

How to register for eNaira

The benefits of using eNaira

Below are the benefits of using eNaira.

No! eNaira will not replace cash or the physical Naira. It will circulate alongside the Naira. However, eNaira may not maintain the same value with the Naira on the long run.

How to buy eNaira

You can buy and fund your eNaira wallet in two ways; through your bank app and with your cash through an eNaira verification agent.

How to buy eNaira using your bank app

How to buy eNaira with bank account via cash

If you want to buy an eNaira currency to fund your wallet, but don’t have a mobile bank app, here’s what to do.

Does eNaira yield any interest?

Does eNaira yield any interest? No, eNaira doesn’t have any interest attached to it. But you can still buy eNaira for other juicy benefits.

Also read: Should I Buy Dogecoin | Is Dogecoin Worth Buying

eNaira is safe and secured, you can send and receive funds Conveniently without any fear.

Yes, easily accessible, fast and convenient. The eNaira wallet is user friendly which means, anyone can access and understand how it works.

Is my data protected on eNaira?

your data is protected on eNaira, so you don’t have to worry. However, your data is seen and regulated by the Central Bank of Nigeria (CBN).

The official website of eNaira is www.eNaira.gov.ng, while the Official App is eNaira Speed Wallet.

Difference between eNaira and Naira

The difference between eNaira and Naira is simple. eNaira is a Central Bank-backed digital currency that can be used as a legal tender in Nigeria, while Naira is a physical currency in Nigeria.

The eNaira is different from Naira, but they both have the same value and issued by CBN.

Should I Buy Dogecoin? | Is It Worth Buying? – What You Should know

Will Dogecoin Go Up? | Dogecoin Predictions 2022 – What you should know

Get Paid to Watch Videos – Watch And Earn $500 Weekly

How To Make Over $100 Weekly ON BuzzBreak

Read News And Get Paid: How To Make ₦50,000 Weekly On NewsNaira

Read News And Get Paid For Free – Make Over N200,000 Monthly In Nigeria